"Simultaneously with the introduction of cholera, there has been a sabotage of the municipal water systems of Haiti’s largest cities. For example, Gonaives has had no municipal water since December 2011 due to the destruction of three out its five pumping stations. Saboteurs removed over 1,500 feet of electric cable along with a control panel and a switch for current distribution. A similar dismantlement of Cap Haitien’s water supply happened in Summer 2012." Haiti: Where Demolition and Exploitation Pass for Reconstruction and Development | NEWS JUNKIE POST http://ht.ly/gLiR6 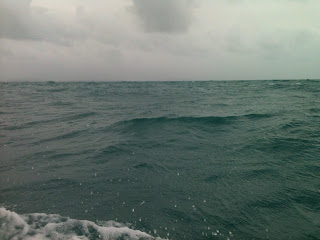 This is a serious matter that the government shouldn't ignore. They have to think of the residents especially the kids who will suffer. I think the best way to fight cholera is by providing water filtering system.