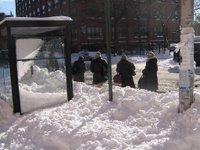 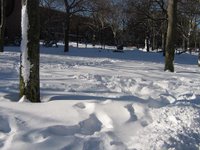 Sunday's snowstorm was the second all time worst in New York history. I now know how to navigate these things so I can't complain a whole lot. That said, Caribbean-based bloggers helped pass the time (24 full hours)I spent holed up inside.

I dreamt warm and fuzzy festival-laced daydreams thanks to Nicholas Laughlin's Blog and Caribbean Free Radio. 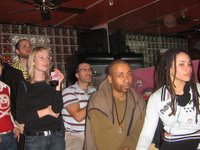 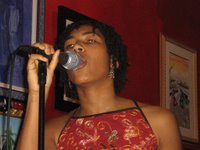 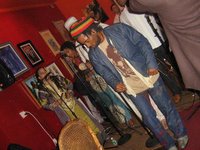 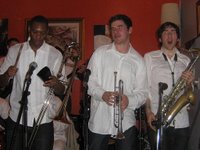 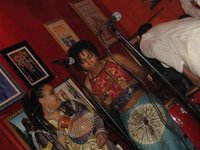 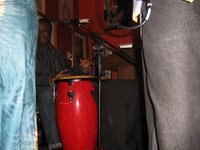 Asiko performed at Brooklyn's Gureje last Saturday night. Asiko is, like Antibalas, a high-life band a la Fela Kuti: a "big band" with a dozen musicians including several drummers, a hefty horn section and a Fela-like lead vocalist. The band is as diverse as Brooklyn itself, including Belizian-American singer and former classmate Nyasha Laing and a Nigerian singer who sings in what is probably Yoruba. Nyasha has been blogging about her travels to Belize over at the Global Parish and may have inspired the band's choice of a garifuna singer as their opening act for the evening.

They gave a great show and Gureje (a high ceilinged club neatly tucked behind a clothing store) has what it takes atmosphere and decor-wise to amplify the experience. 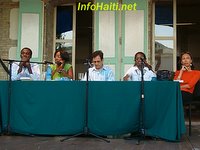 Amidst a general strike against the UN mission's perceived inaction against insecurity, the recent suicide (or is that killing?) of the head of the UN mission, and delayed elections, a panel took place last week in the Haitian capital about Marie Chauvet's novel Amour, Colere et Folie. (The subject of kiskeyAcity's very first post.) According to a story by www.infohaiti.net, the panel was organized by the franco-haitian academic journal Conjonction and panelists included Alix Emera, Nadève Ménard, Darline Alexis and Yanick Lahens. Among various themes, panelists highlighted the work's relevance to haitian literature and to haitian women's literature.