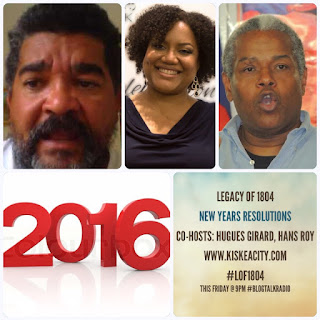 Co-hosts Hugues Girard, Hans Roy and I reviewed 6 pivotal moments in 2016 last Friday and tonight at 9PM we draw lessons from those moments and come up with NEW YEARS RESOLUTIONS FOR 2016.

What are the 6 key events?