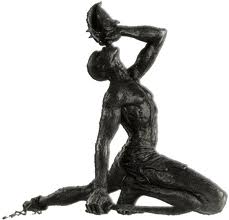 Dady Chéry has the answer:


"Canada and the U.S. are itching to build prisons in Haiti.  True, Haiti’s prisons hold three times more prisoners than the capacity for which they were built, but Haiti does not need more prisons, it needs better prisons and fewer prisoners.  Already Haiti has the lowest per-capita number of inmates in the Caribbean, at a rate of 55 per 100,000.  It turns out that more than two thirds of those incarcerated have never been tried. In prison: young, old, and contagious are thrown together.  Two hundred of seventy five inmates have died of cholera because the prisons are not supplied with clean drinking water.  Many of the inmates are political prisoners who were locked up after Aristide’s overthrow.  The sensible thing to do is to respect these individuals’ rights.  This should have the salutary effect of dropping Haiti’s incarcerations to a number very close to the country’s prison capacity."

This and more facts here:
Haiti Has Lowest Inmate Per Capita in Caribbean and 70% Await Trial | Haiti Chery by Dady Chéry ht.ly/kfDa6