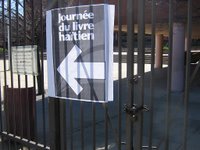 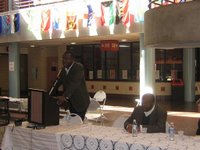 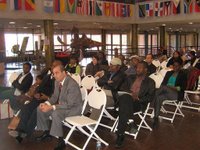 Alice,
You ask a good question when you wonder who will translate Haitian lit to Haitians-Americans who don't speak or read our national languages.
More and more Haitian-American voices share their stories in English. However Haitian authors have and will primarily write in French. Hopefully when things get better, The Haitian-American youth will be able to go more often to the Motherland and spend a semester or so at a Haitian university to perfect their French and Creole. We all can dream!

yes and in the meantime it would probably not be a bad idea to translate some of that culture in english for them. only those who know it can tell them about it, not the other way around...