Legacy of 1804 on Celebrating the Bwa Kayiman Ceremony #LOF1804 #Haiti 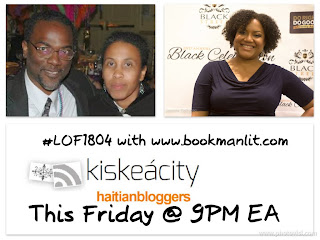 Join me and guests Dr. Jerry and Yvrose Gilles of www.bookmanlit.com  this Friday (TONIGHT) at 9PM as we rehash the historic Bwa Kayiman ceremony on its anniversary.

The ceremony and kickoff of the 13 year war that eventually led to the creation of Haiti and to Haiti freeing itself from slavery took place between August 14th 1791 and August 21st ,1791.

Find out what the true purpose of the ceremony was and what was really sacrificed there as well as riveting historical details (citing sources) regarding it. Also, find out more who its leaders were and what motivated their quest for freedom.

Lastly, was the ceremony merely religious or was it a religious gathering in preparation for a long war for freedom?

For those who want to celebrate in person there will be a gathering in Prospect Park tomorrow from 3 to 6PM to commemorate the ceremony.

Listen to LIVE or ARCHIVED at http://www.blogtalkradio.com/pancaribbean/2015/08/15/legacy-of-1804-on-celebrating-bwa-kayiman-ceremony-lof1804