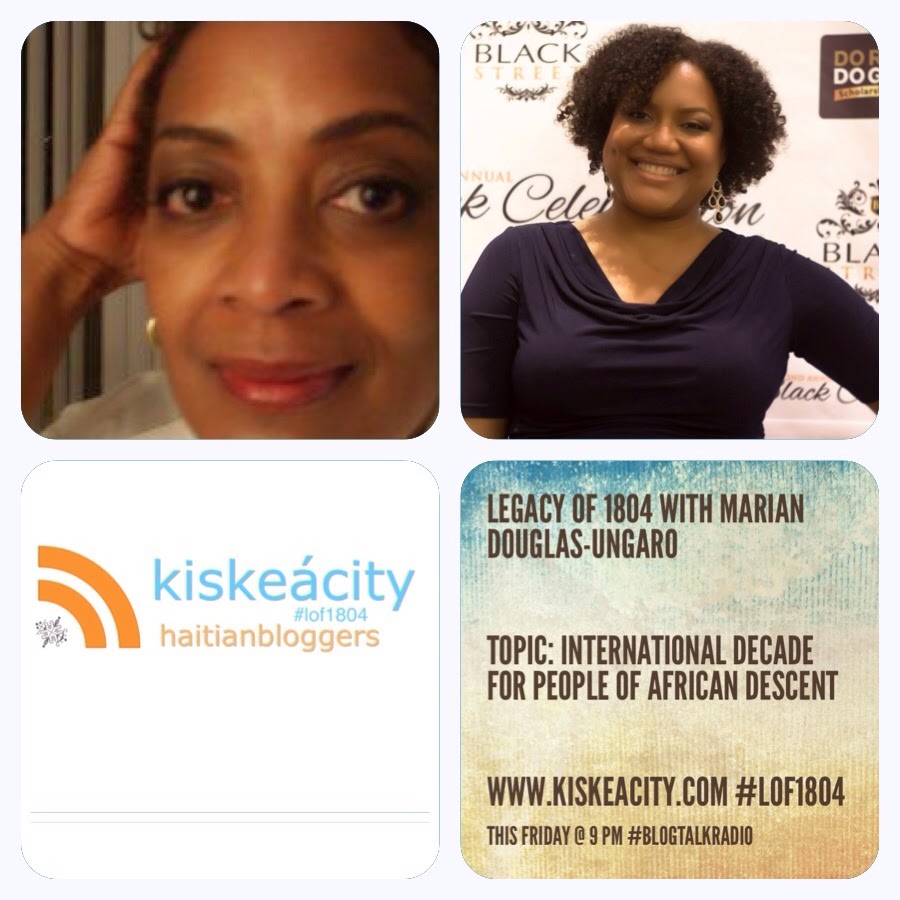 Join me tonight as Marian Douglas-Ungaro﻿ joins us to discuss the International Decade of People of African Descent, the United Nations in Haiti and topics related to Afrodescendants.

Marian Douglas-Ungaro is a Black American woman writer and "semi-public Intellectual." A native of Washington, DC, she is a broadcast journalist and international consultant in elections and human rights who has worked in international CIVILIAN (NON-military) election and human rights missions in countries in the Americas (including Haiti) and also in former Yugoslavia. She is the founder of AFROAMERICAS, a 501(c)3 non-profit organisation working for real recognition, justice, and grassroots development for the Afrodescendant People of the Americas. Currently focused on implementing, observing, and celebrating the International Decade for People of African Descent, 2015-2024. She speaks and works in five (5) languages.

We also discussed the contradiction between the  United Nations blue helmets' human rights abuses and negligence in Haiti and elsewhere and its International Decade for People  African Descent.

Check the #LOF1804 hashtag for some live tweeting.