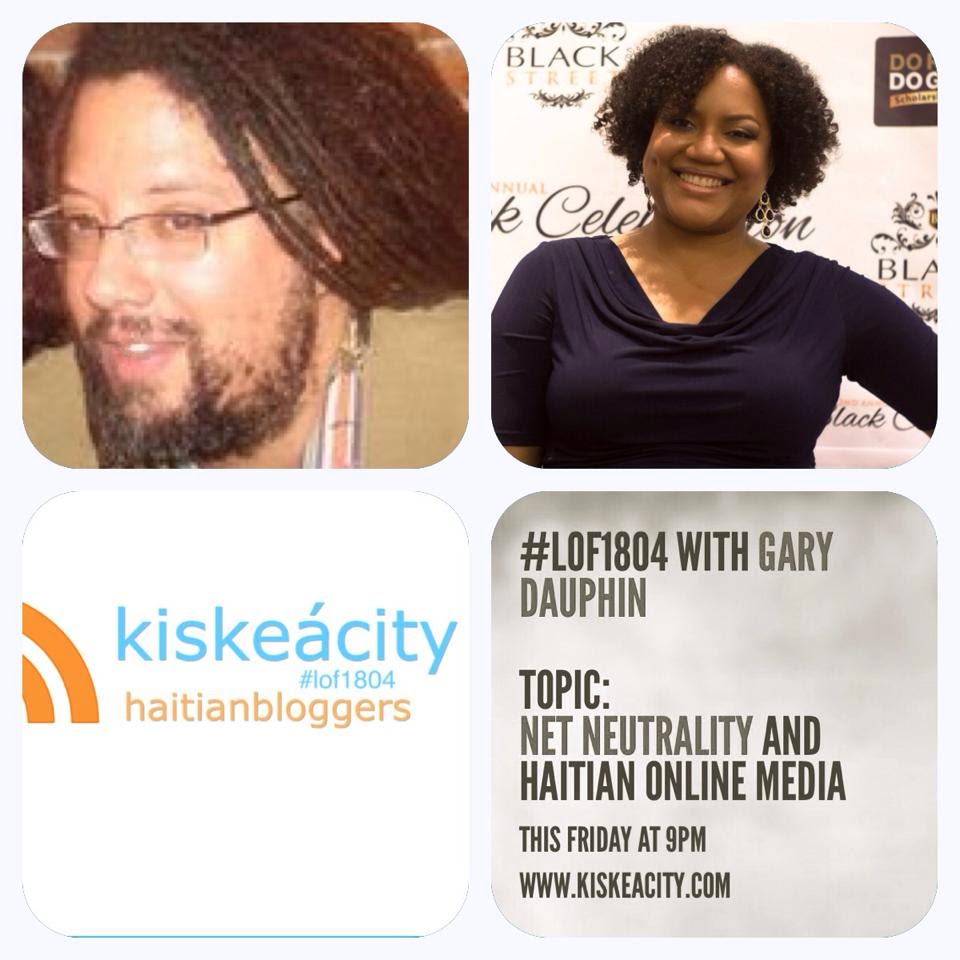 Join me this Friday at 9PM as Gary Dauphin  and I discuss the potential negative impact of recent net neutrality rulings on the vibrant web of Haitian online media from blogs to radio. See the story: http://www.npr.org/templates/story/story.php?storyId=312794429. The main concern is that a proposed FCC rule will give media giants priority "pay to play" faster speed access to users.


Gary Dauphin is a Los Angeles-based digital media manager and writer. He is currently Editor-in-Chief of annenberg.usc.edu, at USC's Annenberg School for Communications and Journalism.
Gary's writing has appeared in Bidoun, Essence, Interview, Lacanian Ink, The Root.com, Vibe magazine, the Village Voice, and other print and online publications. He has also held a number of senior positions at leading African American-market websites, including founding Director and Editor-in-Chief of AOL Black Voices, Editor-in-Chief of Africana.com and Editor-in-Chief and Site Manager of BlackPlanet.com. He also worked extensively in public radio and television, and was Vice President, Digital at KCETLink, the nation's largest independent public television station. He also maintains a consulting practice where he assists organizations with technical and strategic issues around online community, ethnicity, and editorial programming.

Gary was born and raised in New York City to Haitian parents, and studied film theory at Yale University. You can always find him on Twitter.