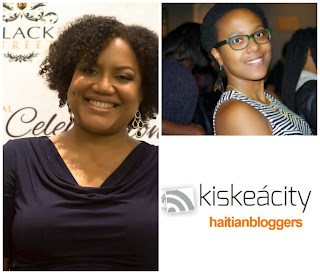 My guest last Friday on Legacy of 1804 was Wynnie Lamour of the Haitian Creole Language Institute. We discussed her life's mission, what motivated her to create the institute at the tender age of 29, her plan to translate the whole of Dezafi, Franketienne's  Creole language novel, her decision not to go 501c3 and more. Wynnie also read excerpts of her existing published translations of Dezafi.

About Wynnie: Wynnie Lamour is the founder of the Haitian Creole Language Institute of NYC.
She is an educator with a focus on Language & Communication. She has spent the last several years teaching Haitian Creole in the New York City metro area to a wide array of language learners. Her experiences growing up in Brooklyn as a Haitian-American have provided her with equal comfort in both cultures and languages. Wynnie has a BA in Linguistics from Cornell University and an MA in Urban Affairs from CUNY Queens College. Wynnie's philosophy of teaching is rooted in the idea of "Mindfulness", which promotes community and connectedness,while establishing a sense of pride and respect for both the Haitian language and culture. Wynnie's most recent work includes a translation of an excerpt of the Franketienne novel "Dezafi" published May 2013 by Transition Magazine (Issue 111 "New Narratives of Haiti"), a publication of the W. E. B. Du Bois Institute at Harvard University.

Here are the link and player to the show: