What Exactly is a Creole?


A person of mixed-race or a person who speaks creole? 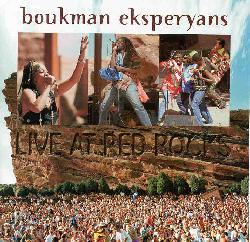 Kreyol, French Caribbean or simply Haitian?
Something having some connection to the French colonial project?
UPDATE 11/24/2013


Legacy of 1804 with Professor Patrick Sylvain on: "I'm a Haitian, not a Creole and I speak Haitian"

it's definitely a confusing term in its range of uses and meanings.

aside from describing the particular language spoken in haiti (if signified with the 'k' spelling), the word is also, of course, a technical term for a particular stage of language-merging.

as far as describing people, in my experience learning and teaching caribbean history, people tend to refer to creoles to name those who were born in the new world (at a time when such folks were not in the majority and a time when such folks were often of "mixed race" background). this holds not just for french territories, but spanish (i.e., criollos vs. peninsulares) and english as well.

finally, as you also note, caribbean scholars in the last two decades--especially in the realm of cultural studies--have increasingly shown an interest in the concept of creolization as a way of understanding culture in the caribbean. their adoption of this term is not uncontentious, however.

not sure how to sort all this out, but it is interesting how people choose to employ this term and the different meanings people make of it, depending on context, etc. and, as another side of this, it is truly fascinating to watch the meanings of hatianness change in response to an increasing presence and (purchasing) power in the urban US. love to see an interview with the SOBs folks about that.

Alice!
We just had this conversation in Aisha's class on Monday. You have to come check it out.... growing up I had a much different understanding/definition of "creole" from how it's generally employed in academic literature. In any case, I'm gonna refer folks to your blog. And definitely come check the class out!

The term is not universally defined in Louisiana as a person of mixed race. I am a Louisiana Historian and my family traditionally consider themselves to be French Creoles, or White Creoles, meaning the descendants of Colonial French settlers.

The term means someone who is born in the colony, not in the old homeland of the family. It has been adopted from the French settlers (who themselves got it from the Spanish when Spain controlled Louisiana circa 1760-1803)by other groups to signify members of the families who were born in Louisiana. And so one will find French, Spanish, German, African, and Italian families in Louisiana who describe themselves as 'Creole.'

What M&G means ??? I guess that how some haitians in general call the French West Indies. never understand why:first Guadeloupe is bigger and more populated than Martinique, and second not to compare with Trinidad $ Tabago, Guadeloupe is not a "province" of Martinique. Kreyol is everything the language,the people,food, tradition...everything that is not european.

Very interesting discussions on the word Creole. I am also very interested in how Creole is defined. I am from Louisiana and the culture in my area is a mixture but Cajun is used instead of Creole.

Hello "tud drêt?", or how are you in kriol from Cab-Verd or Cape Verde.
Here, kriol is "us".White,brown,black, dark skin ou not; capeverdians are all kriol ou Creole.
Since the land was found and populated in 1460, the people the language and the hole country and culture is kriol.Its our identity.Its who we are.

Thanks for this Cape-Verdian tidbit! Mesi anpil from a Kreyol from halfway across the world...

Hi,
Sorry Alice but I'm not totally agree with your vision of my island (Martinique) and in fact about what's going on with France and Europe in this island. It's a false idea to let people think that the french presence in our islands is "uneasy" or that we have to compete with the "french born" and "with any Europeans who wished to do business". That's not true ! We ARE french. I repeat: I am a french born as any french guy born in Paris or wherever in France ! I'm not discriminated in my own island because of my skin color or whatever !
I'm not agree with Gwada and with his vision of a "creole" either ! Come on ! A creole is a mixed thing and you can't just erase the european part of it just because you have a problem with it !

As you read french Alice I just want to give you that url:
http://membres.lycos.fr/foceoc/

A few weeks ago a text of R. Confiant amazed some of us (not in a good way).

Some people are sprending some ideas in the FWI who are dangerous for democracy. There is a link between your vision (spread by a few) of the FWI and this url.

Hi, [Moi]. Thanks for your clarifications. Very interesting. I'll look @ the link and follow up. :-)

The term creole is not confusing , it is in constant motion. The term creolisation to define the constant movement it has known in the last two decades is more appropriate. Since its beginnings in the Portuguese islands of West Africa, it has known at least 30 recorded definitions depending on which colonizing nation and which geographical space was in utilization of the term. It will continue to define the movement and it will continue to stir controversy. Senegal, Guinea Bissau, Casamace, Gambia still have a vestige of the original Kriol that was first spoken by the creole elite of mixed Portuguese and African ancestry. There have been 123 creole languages recorded with european languages lexicon belonging to the colonizing slaver countries.There are creole cows and dogs in M&G and Brazil. Which definition are we to use to describe them? It is a strong wave of peoples, languages and even animals around the world who have realized the link between them and decided not to stay silent anymore